BPO and ITO outsourcing remains a hot topic. That’s what we can conclude after the International Outsourcing Forum (IOF), which took place last week in Sopot, Poland. For Gdansk, Sopot & Gdynia, all together known as Tri-City, this event was a unique opportunity to present themselves as an outsourcing destination for both BPO and ITO. For all the delegates, the knowledge updates and the business meetings were most important.
This post originally appeared at Goyelloblog. View original post.

The 9th IOF, organised by Arena International, took place in Sopot Sheraton hotel. Around 200 participants talked, during the 3 days, about Business Process Outsourcing (BPO, i.e. administrative processes and call centers) and IT Outsourcing (ITO, i.e. IT infrastructure maintenance and software development). The atmosphere was very good, and the discussions really open. It was obvious the participants wanted to learn from each other’s experiences and to find out whether or not they could do business together.

For us a very special event

This was a special event for Goyello  for several reasons . First of all it took place in our “home town”, even the office got to be visited by delegates. Secondly, the delegates were able to use the mobile IOF app, which has been developed by Goyello. Personally, I had the honor to tell the audience about my own experiences with starting Goyello in Tri-City, and I was invited to introduce the mobile app. During the conference we received a lot of positive feedback on the app.  You can probably imagine how proud we felt.

The list below introduces the ORN conclusions with additional conclusions, which have been discussed during the Forum

Parties need to do it together

Too often, at least in the past, the outsourcer tried to get the best possible deal, meaning as low-cost as possible. The reality has shown this won’t work. The incentive should be sufficient for both sides to go the extra mile, according to Srini Krishna, Director of Global Supplier Management & Finance Operations, Microsoft. This probably sounds logical to all of us, but this game of give and take is often excluded from the outsourcing negotiations. In general, this leads to a situation where the supplier will try to deliver exactly what has been agreed and nothing more, while the client won’t be happy not to receive the flexible and pro-active support he was hoping for.

#IOF2012 Srini Krishna @microsoft : the reason companies decide to outsource is because they have a mess and they want others to clean it.

Peter Snowdon, Vodafone, explained that Vodafone Netherlands basically outsourced almost everything since around 2006/2007. Most of the contracts will have to be reconsidered about now. Unfortunately, they had to conclude that business cases and decision factors, which were important those days, haven’t been achieved. That’s why their first advice is analyze and be careful to be sure that you can track whether or not the outsourcing projects are successful.

To gain more control over the situation, Vodafone has decided to introduce the eSourcing Capability Model (eSCM), a framework they advise to everyone who starts to outsource a significant project, and/or multiple projects. Together with active management and team participation across the organization this can improve the outsourcing performance significantly.

Outsourcing is, may be even especially in these times of cost savings, a strategic matter. It can make or break a company. For that reason the outsourcing decision has to be taken with care, the partner and location selection shouldn’t be under estimated. The good news is that many organizations report their successes and of course they have some lessons learned as well.

A great conference to meet

Apart from all the presentations, an important part of the forum consisted out of one-to-one meetings where Arena was the match maker. Besides, networking during lunch, drinks and evening dinners were very important elements to get to know new potential partners in business.

We are already looking forward to the 10th IOF. Date and location will be announced soon. Most probably our mobile app will show up there again! 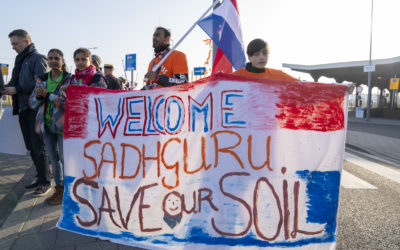 END_OF_DOCUMENT_TOKEN_TO_BE_REPLACED

END_OF_DOCUMENT_TOKEN_TO_BE_REPLACED
« Older Entries
Manage Cookie Consent
To provide the best experiences, we use technologies like cookies to store and/or access device information. Consenting to these technologies will allow us to process data such as browsing behavior or unique IDs on this site. Not consenting or withdrawing consent, may adversely affect certain features and functions.
Manage options Manage services Manage vendors Read more about these purposes
View preferences
{title} {title} {title}
Share This